Losses and gains: How the Buffalo Olmsted Parks system changed over the years 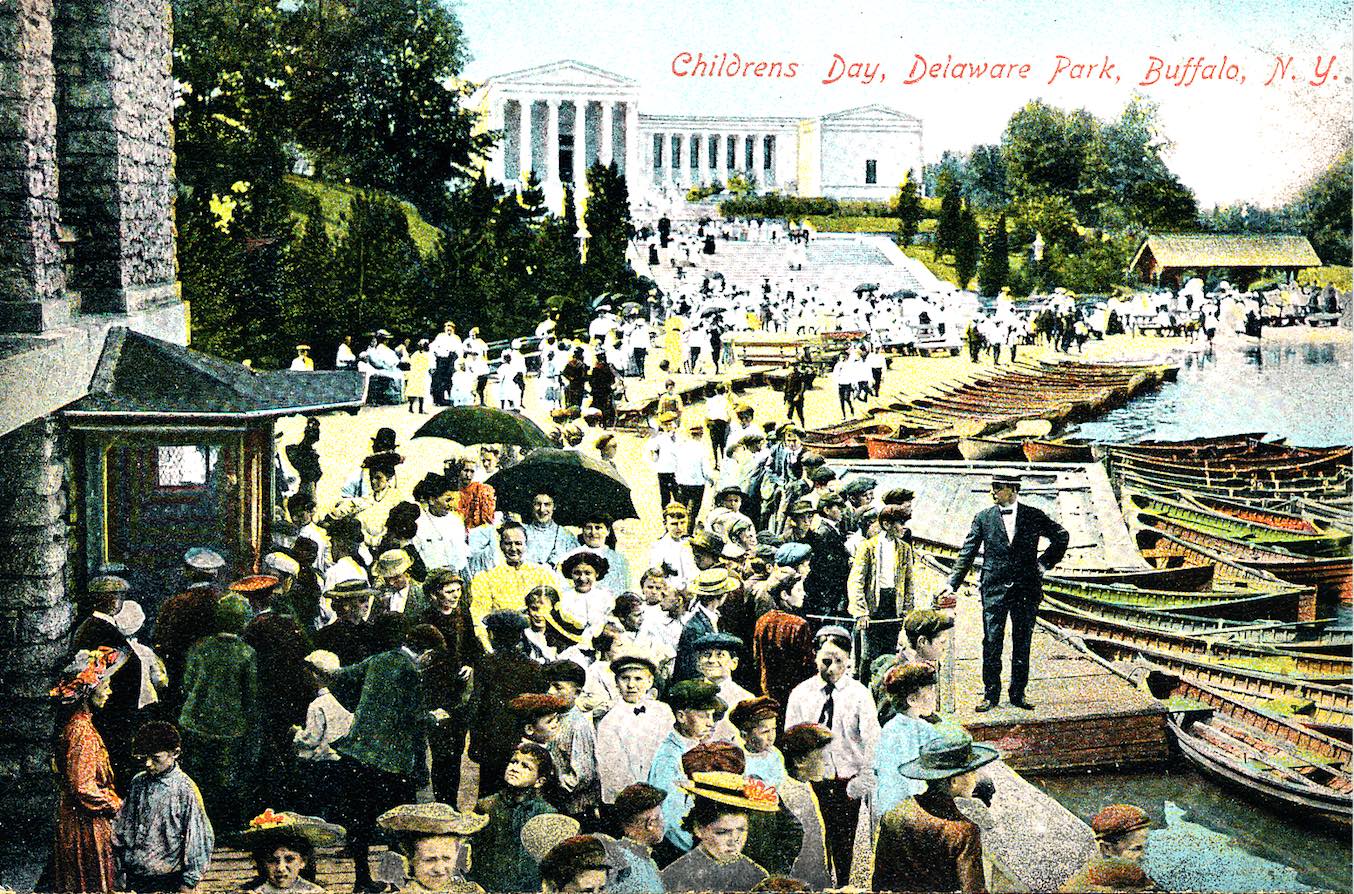 FOR ALL THE DEVELOPMENT IN THE EARLY YEARS OF THE BUFFALO OLMSTED PARK SYSTEM, THERE HAVE BEEN BIG PIECES LOST ALONG THE WAY, INCLUDING A REFRACTORY LOST TO FIRE; A NEARLY 5-ACRE ROSE GARDEN WHERE THE BUFFALO MUSEUM OF SCIENCE WAS BUILT AT MARTIN LUTHER KING JR. PARK; A LAKE HOUSE AT FRONT PARK; AND THE ORIGINAL MARCY CASINO AT DELAWARE PARK.

The system also lost a few smaller parks entirely, including Bennett Park in South Park and Masten Park, where the high school bearing that name was built.

The biggest losses came at the hand of urban renewal efforts. Big parts of Front Park and Riverside Park overlooking the river were lost to the I-190 and the Peace Bridge, while Humboldt Parkway – which was even grander and wider than Chapin Parkway — was cut in half with construction in the 1950s of the Kensington Expressway.

At the time, it seemed like progress, offering greater connectivity to the suburbs when many families were getting cars for the first time. But six rows of trees were replaced with six lanes of traffic, and oxygen-generating trees were replaced with exhaust- and smog-causing vehicles, said Stephanie Crockatt, executive director of the Buffalo Olmsted Parks Conservancy, which maintains the parks system.

“It was a devastating loss,” she said. “Where you look at Chapin and see the regal houses on either side and know people could come out of their front yard and congregate in this free, open public space, that’s exactly what the houses on either side of the Kensington used to have. Now they have a 50-foot drop into a bathtub of a highway.”

Frank Kowsky, author of “The Best Planned City in the World: Olmsted, Vaux and the Buffalo Park System,” sees Humboldt Parkway as the greatest loss.

“It was one of the most beautiful streets in America that was lost to become the Kensington Expressway,” he said. “When the Humboldt Parkway was destroyed, it destroyed the neighborhood, too — cut it in two. It destroyed a whole section of the city and its livability.”

Over generations, the parks system has also gained pieces and parts, including the Buffalo History Museum, the Albright-Knox Art Gallery, the Buffalo Zoo as well as the Richardson Complex and the Darwin Martin House — all by Delaware Park — and the Botanical Gardens at South Park (now managed by the Buffalo & Erie County Botanical Gardens).

The expansion of the Albright-Knox that will create the Buffalo Albright Knox Gundlach Museum and the transition of LaSalle Park into the Ralph C. Wilson Jr. Centennial Park – 1,200 feet from Front Park – continue that concept. (LaSalle is not part of the Buffalo Olmsted Park System.) The landscape architect for both projects is Michael Van Valkenburg, whom Crockatt says is building off the same Olmsted vision.

“They’ve done a really great job in mitigating that space and trying to give back and restore the connectivity,” she said. “It’s keeping Olmsted’s vision of connectivity alive. So while our mission is to protect historical assets we would never want anything to happen to, the great vision is how to continue to connect the historic landscape to this new modern landscape and how we can help Buffalo to have the best system of parks possible.”