Major investment is on the way for Buffalo’s MLK Park

IMPROVEMENTS ARE ON THE WAY FOR A POPULAR OLMSTED PARK, IN THE CITY OF BUFFALO.

The project is part of the state’s recently announced $50 million investment throughout the East Side. With more here’s WBFO’s Chris Caya. 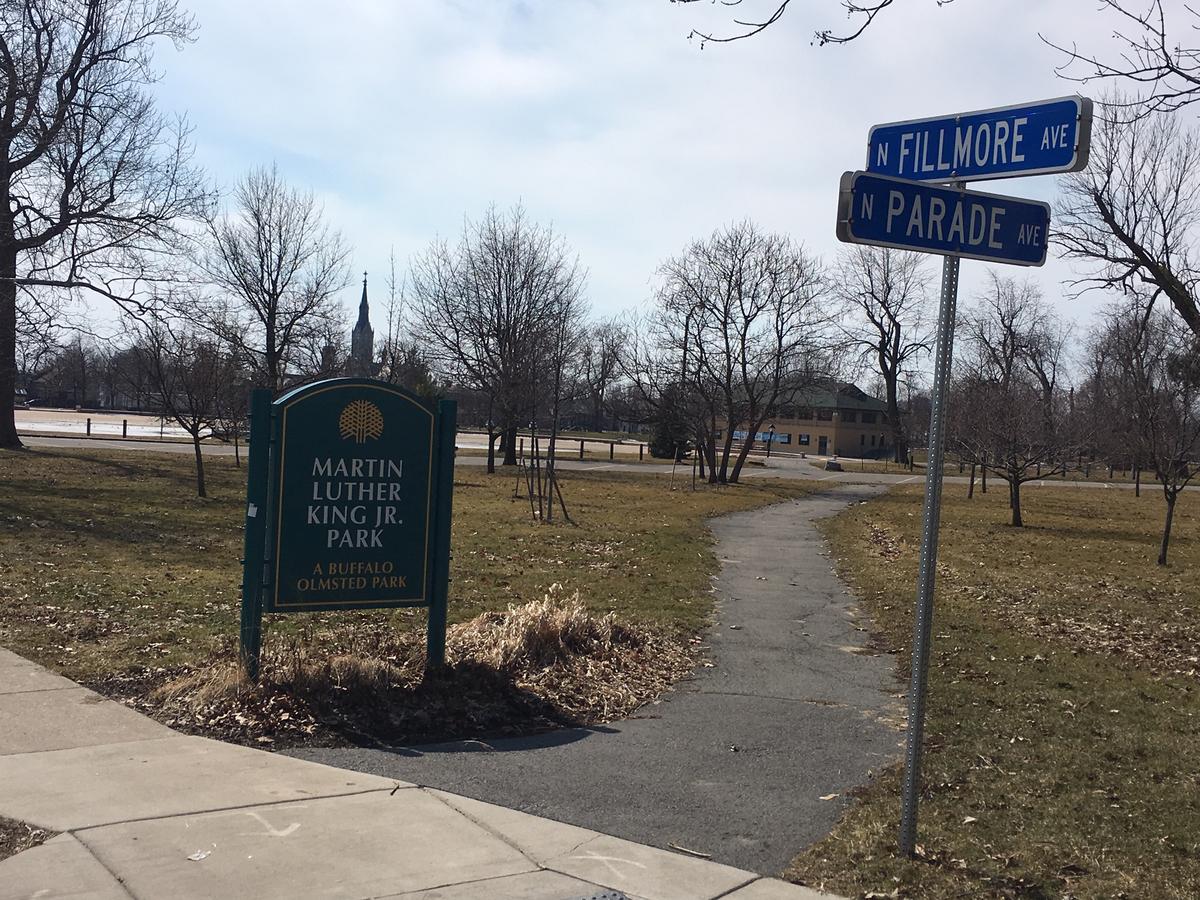 “We’re very excited by this. This park really could use this facelift,” said Stephanie Crockatt, Executive Director of the Buffalo Olmsted Parks Conservancy. She says MLK Park is one of the highest used parks in the city.

“It is a fabulous park for family reunions and picnics. There are about 8 picnic shelters over there and they are always booked. That park is heavily used in the summer.”

Crockatt says some of the funding will go towards new site amenities such as lighting and benches. Installing shelters near the basketball courts. And restoring walkways and playgrounds. 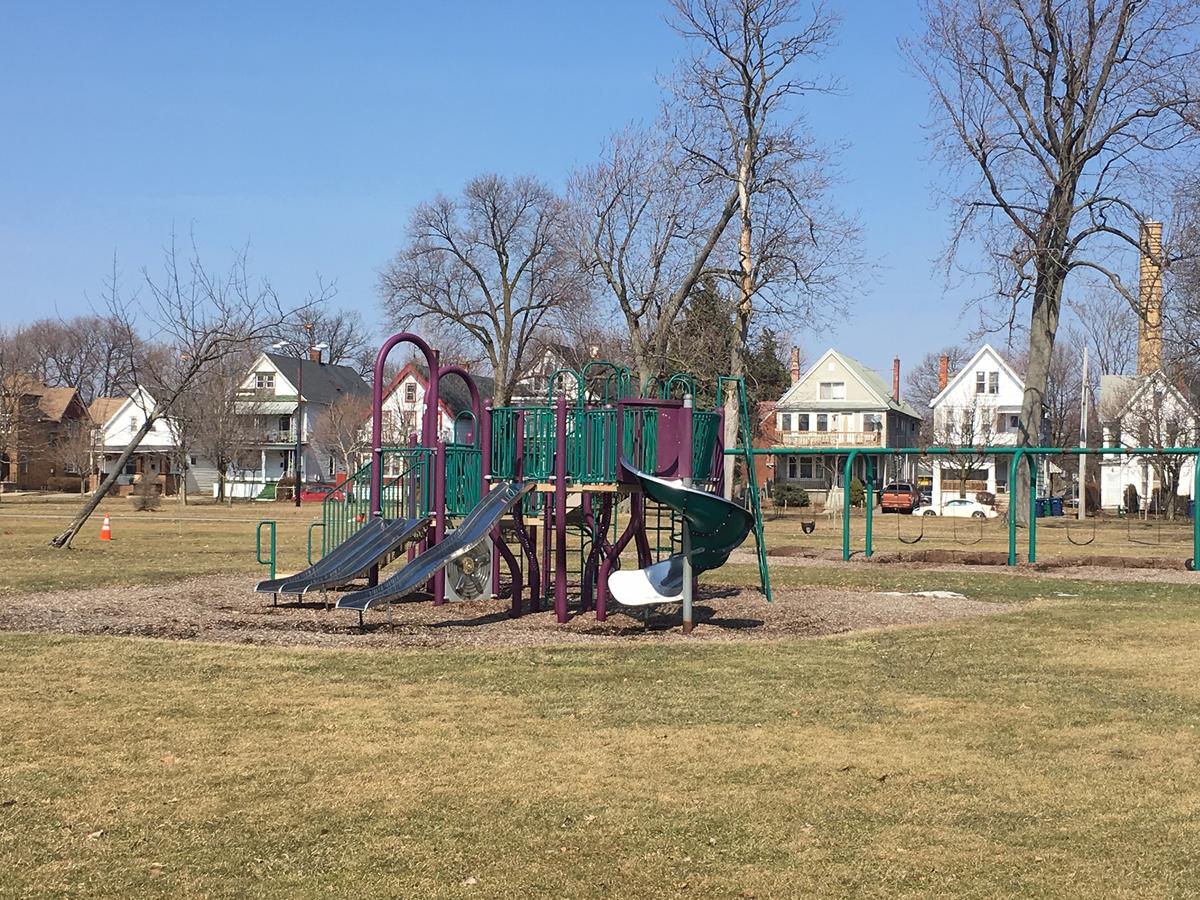 This playground, near N. Parade Ave., could be modernized as part of the state’s investment in MLK Park.
CREDIT CHRIS CAYA WBFO NEWS

The historic greenhouse also needs a lot of work. She says the facility just off Fillmore Avenue, near Best Street, helps save a lot of money for the Conservancy. 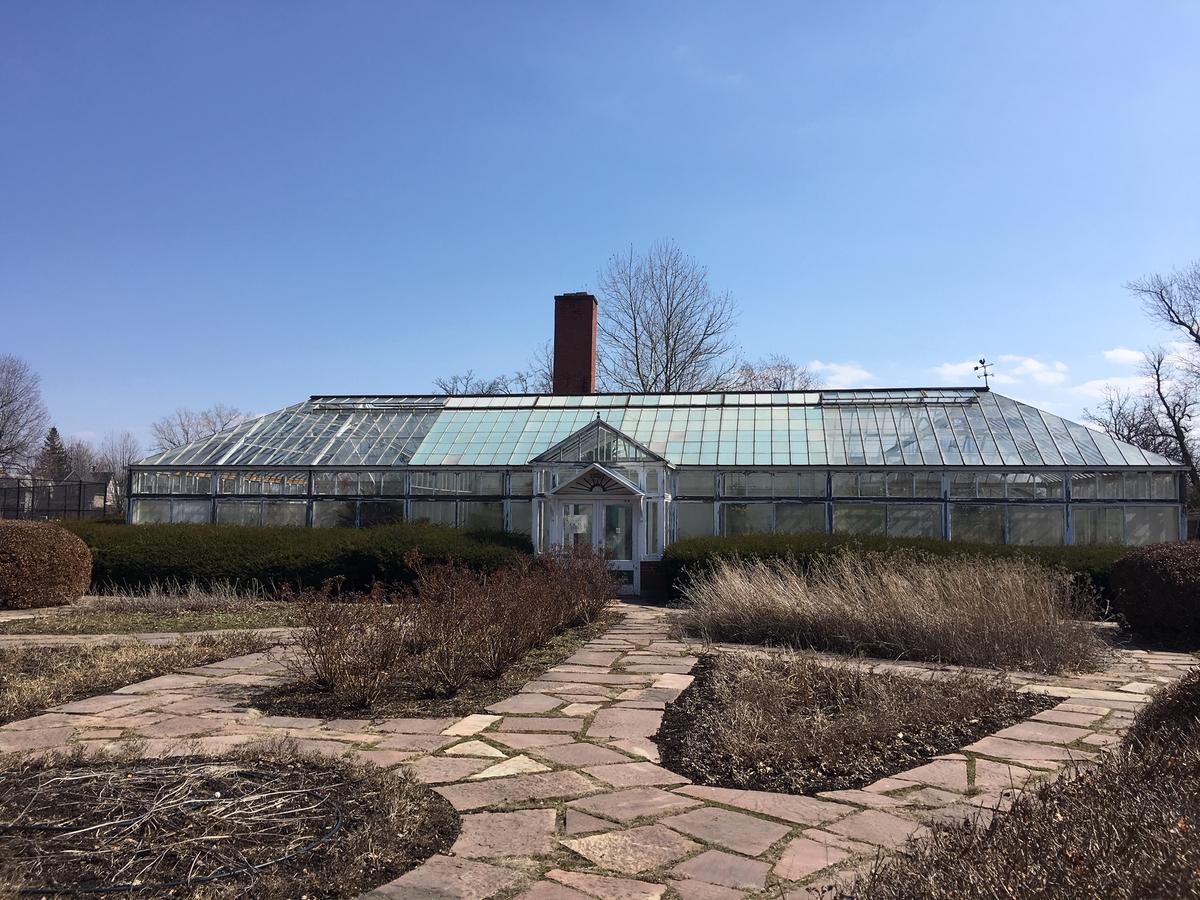 “It’s operational for us. It grows over 15,000 annual plants that we put out into the Olmsted system every year. So we would really like to see that come back,” Crockatt said.

Some of the funding could also go towards new educational and interpretive signage.

“We have what we call Maintained Meadow Areas, which are no-mow areas within the park, so that we can bring back pollinators and native species. A lot of people don’t understand what those Maintained Meadow Areas are or what they’re for. And so some interpretive signage would be wonderful to just explain why we don’t mow in those areas and what we’re trying to do scientifically to bring back nature.”

Crockatt says the Olmsted Parks Conservancy would also like to install signs explaining the heritage of MLK Park.