WHAT CHANGES DO RESIDENTS WANT FOR BUFFALO’S OLMSTED PARKS?

That was the question asked Monday night, with the goal of having a five-year capital plan of improvements ready by May 2019.

The Buffalo Olmsted Parks Conservancy hosted a relatively small crowd at the Tosh Collins Center in Cazenovia Park, near the ice rink and the indoor pool, flanked by grass, trees and joggers. It was the first in a series of meetings across the city, to be followed by a similar series in October and another series in January. 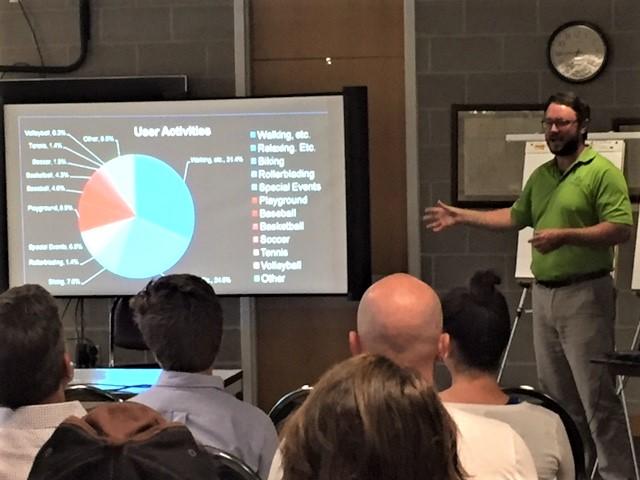 “The UB Regional Institute is going to help us do a park use survey, as well as a demographic survey so we can find out who is using the parks and then, how they are using them,” said Conservancy Executive Director Stephanie Crockatt. “As Brian said earlier in the presentation tonight, we are really trying to find that balance between the parks’ history, 1868, and the parks of today and the amenities that people want to be happy in their parks.”

Common Councilmember Chris Scanlon has two young children and he said they drag the family to the parks a lot. The South District representative said the parks in his district are in great shape.

“The two Olmsted parks in South Buffalo, Caz and South Park, have never looked better in my lifetime, whether it’s the paving of the ring roads in those parks or the upgrades to the athletic facilities and improvements to the facilities in general in the parks,” Scanlon said, “and there’s something for everyone to do in them.” 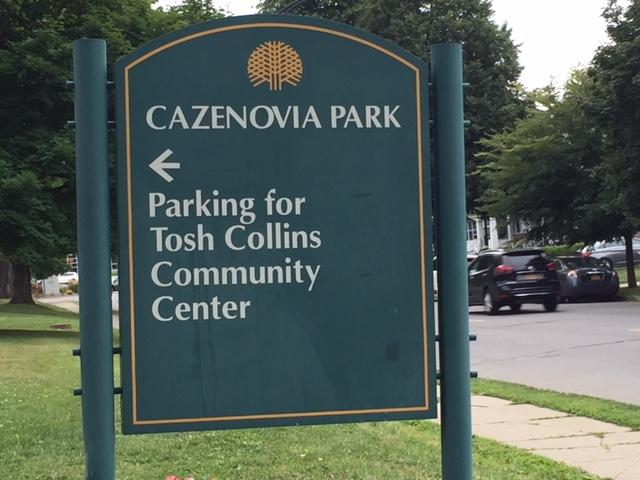 Olmsted has plans already, which include items like cleaning South Park Lake and restoring its islands, restoring the banks of Caz Creek, planting more trees to start restoration of Olmsted’s original plans and replacing rapidly dying ash trees. The city and the conservancy have spent $6 million on improvements in Caz and South Parks – which are connected by Red Jacket and McKinley parkways – in the last 10 years.

Peter Clancy mentioned an area in South Park being abused by the public.

“They’ve been dumping there for 50 years. If you walk back there, some of the stuff back there, steel drums that could be toxic stuff,” Clancy said. “There’s also stuff on the other side if you go a little further back. Sometimes there are burned-out cars and other junk back there, including I saw an old safe that was broken open.”

Clancy suggested a locked gate on the park road would be a good idea. Other meetings scheduled in this first conservancy series: